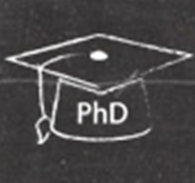 This doctoral research, conducted by Benjamin Pavageau, is led by Pierre-Yves Gomez, professor at EMLYON and director of the IFGE. It benefits from the financial support and from the field of observation of the firm Turning Point, as well as funding from CapitalDon Fund which is dedicated to funding research highlighting the theme of giving in the company. Pierre Goursat University Institute participates in the financing of bibliographic resources.

This research intends to show how, in the context of leadership development programs, leaders become aware of their personal commitment and assert it. It is particularly interested in the role of giving in the genesis and affirmation of this commitment.

Our hypothesis is that a leader commits by sharing through acts of giving (time spent, sacrifices, tips, stories, ideas, … ) and that the donations received forge beliefs that are the source of commitment.

The empirical study is done with leaders of large companies, who are beneficiaries of a leadership development program developed by Turning Point.

However, it would be possible to drive the future leaders to realize that the dynamics of giving are part of « being a leader « , and that this may be a requirement for commitment. This would open up new perspectives on how to design and conduct training or on empowerment of managers and leadership development.