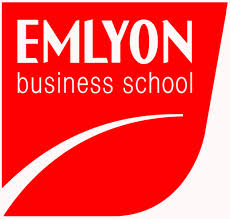 Chittima’s doctoral research is supervised by Pierre-Yves Gomez within the EMLYON PhD Program. It focuses on CEOs’ career horizon and strategic decisions by looking beyond traditional economic motivations suggested by agency theory to their psychological characteristics such as hubris, loyalty, and life-goals aspiration.

The current literature on CEO career horizon, referring to the time left in their office before retirement, has focused on economic motivations and self-interest of near-retirement CEOs as suggested by agency theory. The literature argues that near-retirement CEOs tend to be more risk-averse and short-termist than CEOs with longer career horizon because they want to protect and/or maximize their wealth before leaving the office (Sundaram & Yermack 2007; Matta & Beamish 2008; Davidson et al. 2007). As a consequence, they tend to refrain from initiating a long-term risky strategy. However, empirical studies are inconclusive on this argument. Some studies observe a reduction in R&D expenditures during CEO pre-retirement years (Dechow & Sloan 1991; Barker III & Mueller 2002), while others find R&D expenditure growth unchanged (Butler & Newman 1989; Conyon & Florou 2006; Cazier 2011) during the same period. Capital expenditures show no evidence of changes during CEO pre-retirement (Butler & Newman 1989; Conyon & Florou 2006). Murphy & Zimmerman (1993) find that declines in R&D and advertising expenditures are mainly caused by poor firm performance, not by CEO career horizon issues. These inconclusive findings can be, in part, attributed to some omitted influencing factors on near-retirement CEOs’ strategic decisions. We argue that analyzing their strategic decisions’ motivations only through economic rationale perspective may overlook their psychological characteristics, which can play an important role in driving their behavior at this life stage.

According to psychological, sociological, and career development literatures, individual decisions along one’s life course are influenced by a wide range of motives, such as needs for physiological and safety satisfaction, belonging, achievement, recognition, social status, attaining one’s potentiality, altruism, and belief (McGregor 1960; Donaldson 1990). Individuals’ motives are affected by personal factors, which have been modified by environments from their life experience into the old age (Blau et al. 1956; Super 1980; Roberts & Mroczek 2008). Near-retirement CEOs as individuals are, therefore, certainly influenced by such personal factors or psychological characteristics when making decisions.

Moreover, individuals at the highest organizational position (i.e. CEO) and at this life stage (i.e. pre-retirement) are more likely than individuals in other positions and life stages to be satisfied with their level of economic wealth. Research suggests that individuals’ well-being is affected by relative rather than absolute positions (Hill & Buss 2006). Near-retirement CEOs, therefore, are more likely than other individuals to turn their attention to non-economic needs. McGregor (1960) argues that when individuals’ lower level needs are reasonably satisfied, it is higher-level ones that drive their behavior. Accordingly, it should be these non-economic needs that influence to a greater extend CEOs decision making at the end of their career. It is crucial, therefore, to theoretically and practically incorporate CEOs’ psychological characteristics, as driving factors for non-economic needs, into the analysis of their motivation behind strategic decisions when approaching retirement.

Accordingly in my thesis, I propose an integrative framework on motivations behind strategic decisions of near-retirement CEOs, in which I incorporate three particular psychological characteristics – hubris, loyalty, and life-goals aspiration – to complement the current economic rationale perspective. Based on this framework, I first develop propositions on how these characteristics affect near-retirement CEOs’ strategic decisions and may counterweight the impacts described by the current literature based on agency theory. Then, I test these propositions empirically.

My thesis seeks to contribute to CEO career horizon and decision making literature by offering a better understanding of the determinants of near-retirement CEOs’ strategic decisions. It raises the essentiality of integrating psychological characteristics of CEOs at the end of their career and also expands the present knowledge by suggesting the degree and direction of particular psychological impacts on near-retirement CEOs’ strategic decisions. Implications for corporate governance practice can also be drawn from this research.